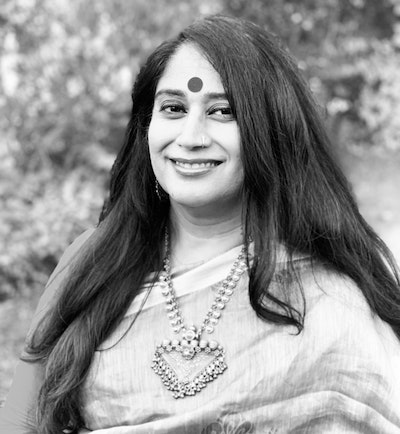 Shikha Malaviya is an Indo-American poet, writer, and mentor. She is publisher and co-founder of The (Great) Indian Poetry Collective, a mentorship model press publishing powerful voices from India & the Indian diaspora. Her poetry has been nominated for the Pushcart Prize and featured in PLUME, Chicago Quarterly Review, Prairie Schooner & other fine publications. Shikha was a featured TEDx speaker in GolfLinks, Bangalore, in 2013, where she gave a talk on poetry. She was selected as Poet Laureate of San Ramon, California, 2016. This is Shikha’s fifth season as an AWP (Association of Writers and Writing Professionals) poetry mentor. She was also the 2020 poetry judge for AWP’s Kurt Brown Prize. Currently, Shikha is a Mosaic Silicon Valley Fellow, committed to cultural diversity and artistic excellence in the San Francisco Bay Area. Her book of poems is Geography of Tongues.