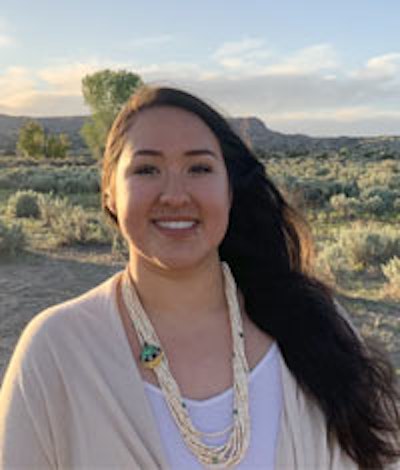 Kayleigh Warren is Tewa and Tiwa from the Pueblo Nations of Santa Clara and Isleta. She grew up farming with traditional Pueblo agricultural practices with her family on her Tewa homelands in northern New Mexico. From this land-based upbringing as well as through community and professional mentorship, she became a passionate advocate for ancestral lands protection and the preservation of Indigenous foodways. Kayleigh was a founding member of several grassroots organizing efforts and tribal policy coalitions which engaged Indigenous communities in the ongoing movement to protect ancestral sites and cultural resources in the Southwest. She has worked in native plants preservation, monitoring and cultivating threatened and endangered plant species in both Oregon and New Mexico, including many species of ethnobotanical importance. Most days she can be found farming her family’s fields in New Mexico or visiting with the diverse flora of her homelands.