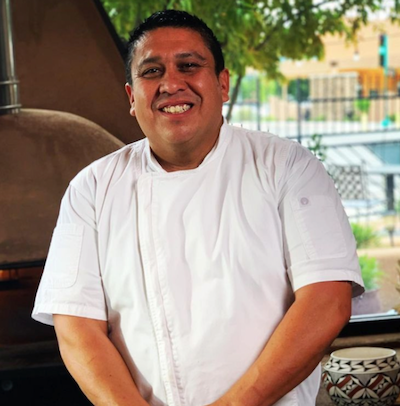 Chef Ray Naranjo is of Native American roots from both the Ancient Puebloans of the Southwest and of the Three Fire Tribes of the Great Lakes. He believes in the preservation of the food ways and ancestral knowledge of his people and strives to continue on this path. With the use of modern and ancestral cooking techniques, he attempts to push the limits of what is known, unknown, and forgotten about the Indigenous food culture of North America. Chef Ray obtained his Culinary degree at the Scottsdale Culinary Institute – Le Cordon Bleu & has 25+ years of service in the modern kitchen industry with experience in exclusive hotel and casino resorts in the Southwest. He has served in various capacities, ranging from Executive Chef to Food & Beverage Director. Chef Ray has also been presented with several awards in Modern New Mexican Cuisine, with a focus on Chile of New Mexico.