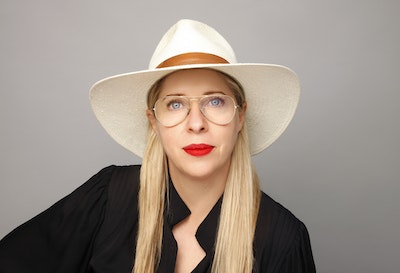 Tiffany Shlain is an Emmy-nominated filmmaker, founder of the Webby Awards and author of the 24/6: The Power of Unplugging One Day a Week. Tiffany’s work has received over 80 awards and distinctions including being selected for the Albert Einstein Foundation’s Genius: 100 Visions of the Future. Her films have premiered at top festivals including Sundance, and the Museum of Modern Art in New York premiered her new live Spoken Cinema performance Dear Human February 2020. tiffanyshlain.com and follow on IG, FB and TW @tiffanyshlain.